+ Welcome to the warfront, soldier +

If you're new to the project, check out 'How to get involved' in the on the right-hand column on the main blog page, or follow this link.

Credit  The entries will be featured here on the blog, so please do make sure to include your name and Instagram handle (if applicable) so I can properly credit you.
Format  While I can screengrab pictures from Instagram or elsewhere, it's very much appreciated if you can send the pictures to me. The perfect submission is .jpg filetype, and square or slightly landscape (5:4 ratio is ideal) in format.
Shadow War  Despite the marine-centric nature of the top level War, the background that's been developed on this Imperial civil war has huge depth, breadth and complexity, allowing you to explore the  hidden side of the Imperium – from Inquisitors to the Ecclesiarchy, and the Adeptus Mechanicus to the Imperial Guard.
No limits  The lore below is intended as a starting point – so don't feel constrained. Creativity is king! I've included some ideas and prompts below if you'd like some additional inspiration, but do feel free to bring something new in. 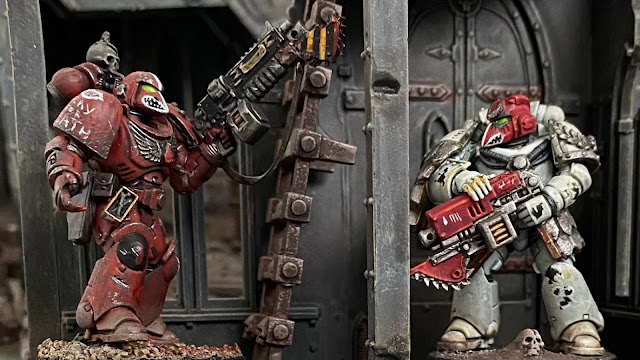 Close-quarters combat. The Marines Saturnine pictured bears specialist close-in weaponry and is pictured wearing a Flesh Eaters' helm – presumably looted from the battlefield after his own was damaged. Both are identifable as Coldforge-pattern – the Forgeworld infamously supplied thousands of Corvus-pattern suits to both sides over the course of the later war.

'Coldforge sits corewards of the Myrean League, where the False Primarch made his fastments in the later stages of the War. A Forgeworld, it was a key strategic point that changed hands multiple times, and saw the footfalls of more than ten Chapters of the warring Astartes, innumerable Imperial Guard regiments and auxilia units during the long years of conflict.'

Coldforge is a principal Forgeworld, covered by the typical colossal manufactories and municipal buildings you'd find anywhere in the later 41st Millennium. As the War gradually approached and then overwhelmed the region, nearly all of its manufacturing power was turned over to the in-Sector production of Space Marine Power Armour – and in particular, Coldforge-pattern Mark VI Corvus Power Armour.

As a result of its key position in the conflict, and of the dreadful strain put upon supply lines by the unstinting nature of Astartes-on-Astartes conflict, Coldforge-pattern Power Armour became the single most common type of plate used by both Partisan and Pentarchy forces.

The Partisans – followers of the False Primarch

The Pentarchy of Blood

Unethical Practices “We fear things in proportion to our ignorance of them.” [//Titus Livius, M0+] [//matthew_n/@hobbyguy3+] *** "Against the thesis, we propose the antithesis. Between the two, we conjure – through the majesty and Mysteries of He on the Throne, a synthesis. It is simple. So simple a scholam-child could grasp it."  The Oratorio-Magnus' voice had an underlying sneer – and the audience, so used to physical punishment, cringed almost reflexively.  Some amongst those who had truly taken on board the organisation's unspoken maxim ' agreement is expedient ', wore nervous half-grins, aping the Oratorio and glancing about to ensure the others were acting similarly. It further reinforced the point. Of course it's simple. Only an idiot would disagree. "Likewise," the Oratorio continued, "we can apply this principle elsewhere. Truth; falsehood;  Imperial  truth." *** One Imperium The Imperium is vast and cobweb-thin. Passing inform

Index Astartes: Charnel Guard [//josh_s-d/@warlords_collective] 'They're black-armoured, black-hearted, stasis-crypt-using murderers; walking corpses that have countless blood rituals they don’t tell anyone about. And don't let no-one tell you otherwise, kin. These Space Marines ain't your saviours; they're the stuff of nightmares. If I find any of you praying to angels, I'll soon whip it out of you.' [//Optrup Fiegel Janstein, Recruitment Officer, Broddiwelt 14th Dragoons+] +++ [//dennis_k/the_iron_within+] Precis In the later history of the Imperium, the Charnel Guard would come to be shrouded in mystery and suspicion, and even in the younger years of the chapter, secrecy and isolationism would mark many of their actions. One thing that has long been suspected: the Charnel Guard bear a particularly marked form of rumoured gene-curse that haunts the line of Sanguinius. For all their dark nobility, there is a blood-thirsty savagery to many of the Great Angel 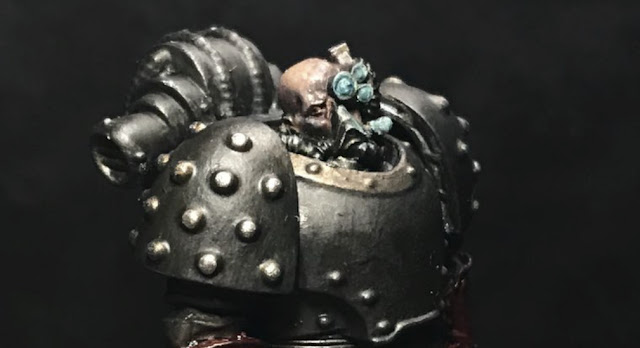 Index Astartes: Star Wardens [//dan_j/@dark_isles+] 'How could we not serve him? You wouldn't know, Inquisitor. We are gene-forged. His presence makes our hearts sing.' 'Your question betrays your ignorance. We could deny our fealty to him with the same ease that you could deny the stars in the firmament, or the soil beneath your feet.' [//Liber Cthoda+] [//Star Wardens Chapter Icon+] *** Précis Bandits. Raiders. Warriors with little pretence of soldiery . Little more – and yet clearly seeking something further. However poorly understood or expressed by the Wardens themselves, there existed a transformational urge within the Chapter's collective psyche, a desire to develop into something more than the black-armoured killers that the Orthodox Imperium found acceptable. The Chapter had long hidden itself away, painfully aware of their own truncated and redacted history. To a Chapter that had been in unknowing search of meaning and revelation, the appearance of Vol 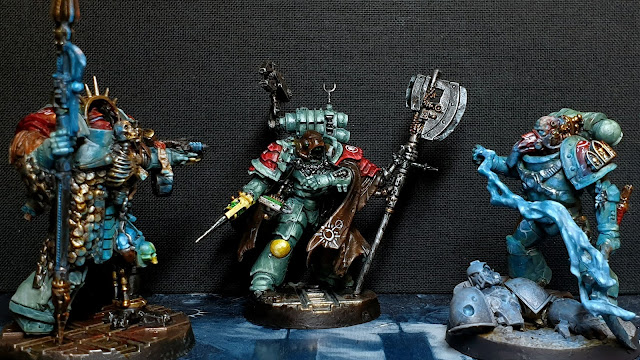